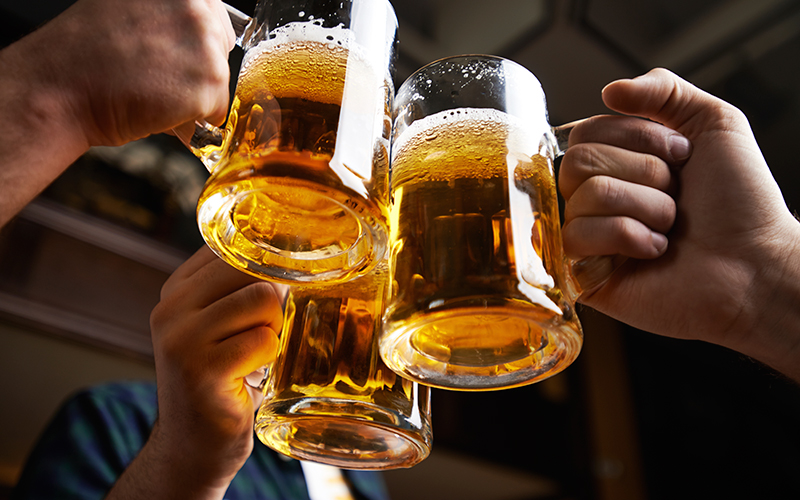 HEADING out for a few drinks after work today? Yeah you are, you superstar, you. Because according to your new favourite doctor, Dr. Kat Van Kirk, having a couple of brews could be the ticket to living your best sex life. It’s science.

While many experts consider alcohol to be an aphrodisiac (when consumed in moderation), certain properties found in beer make it especially beneficial in the bedroom.

It makes you last longer.

The phytoestrogens in beer can help delay premature ejaculation. As women often take longer to arrive at the party, this isn’t just great news for men, who often show up early. Sierra Nevada is both delicious and a good source of on-tap phytoestrogens.

Dark brews can help get you in the mood.

Research at at Italy’s Fondazione di Ricerca e Cura showed that men who downed a pint a day were 31 per cent less likely to suffer from heart issues, giving credence to the belief that beer is good for heart health. Combined with exercise, it could be your ticket to better cardio endurance.

Guinness is great for stomach issues.

Don’t judge a beer by its cover. Guinness is surprisingly low in calories and alcohol content, but that’s not the only reason to indulge in the dark Irish stout. Dr. Kirk says that Guinness is rich in vitamins and minerals, especially vitamin B and probiotics. “This means it can help fortify your overall health and be better on your stomach so you won’t feel sluggish during sex,” she says.

There’s even a beer specifically engineered to enhance performance.

Read More about sexual effects of beer at Cosmopolitan.

So there you have it. You never again have to blame your colleagues for making you linger one extra round at happy hour.